This National Health Center Week, we would like to share a bit about the history of health centers through the story of physician and civil rights activist, Jack Geiger (1925-2020). Jack was born in New York City in 1925 to Jewish immigrant parents. In 1940, Jack completed high school at the age of 14. He was not yet old enough to enroll in college and felt quite a bit of tension at home, as he had a tumultuous relationship with his parents at the time.

One day, he went to see the play, Native Son, based off of the Richard Wright novel, which starred Canada Lee. Jack was so moved by the play and Canada’s performance that he went backstage and found Lee. They had a lengthy conversation about the show, race, and life that continued on several occasions.

After a particularly bad disagreement with his parents, Jack packed a bag one Sunday when he knew Canada didn’t have a show and took a subway to the top of Sugar Hill and Harlem where Canada lived. He rang the doorbell, asked to stay- and Canada agreed.

Throughout the next year, Jack had the opportunity to learn and listen to some of the greatest artists and writers of the time, including Langston Hughes, Adam Clayton Powell, Bill Strayham, Duke Ellington, and Richard Wright, to name a few. Jack listened to conversations about World War II, race, democracy, and segregation in the armed forces. He was taken under Canada’s wing and viewed this relationship as deeper than a mentorship- but rather more of a parental figure. After this transformative year, Canada loaned Jack money to attend college. Though he wasn’t there long, living with Canada completely shifted Jack’s life trajectory.

In 1942, Jack joined A. Philip Randolph and Bayard Rustin in planning a potential March on Washington to protest racial discrimination in defense factories. They got the attention of President Franklin D. Roosevelt, who began to address their concerns. Not long after, Jack decided to join the Merchant Marines, working on the only ship with an African American captain, Hugh Mulzac. In 1947, Jack returned to his studies, focusing on pre-med courses, at the University of Chicago. While there, he organized a strike against racism at the hospital and university, which resulted in him getting ostracized from the American Medical Association. After several years, Jack was finally able to gain admission to medical school, attending Case Western Reserve University. During this time, he spent 5 months working in Pholela, South Africa, witnessing the success of community-oriented primary care. This experience would go on to shape Jack’s later work in developing community health centers in the United States.

From 1958-1964, Jack worked in medicine at Boston City Hospital in Massachusetts. His social justice work there included co-founding Ph 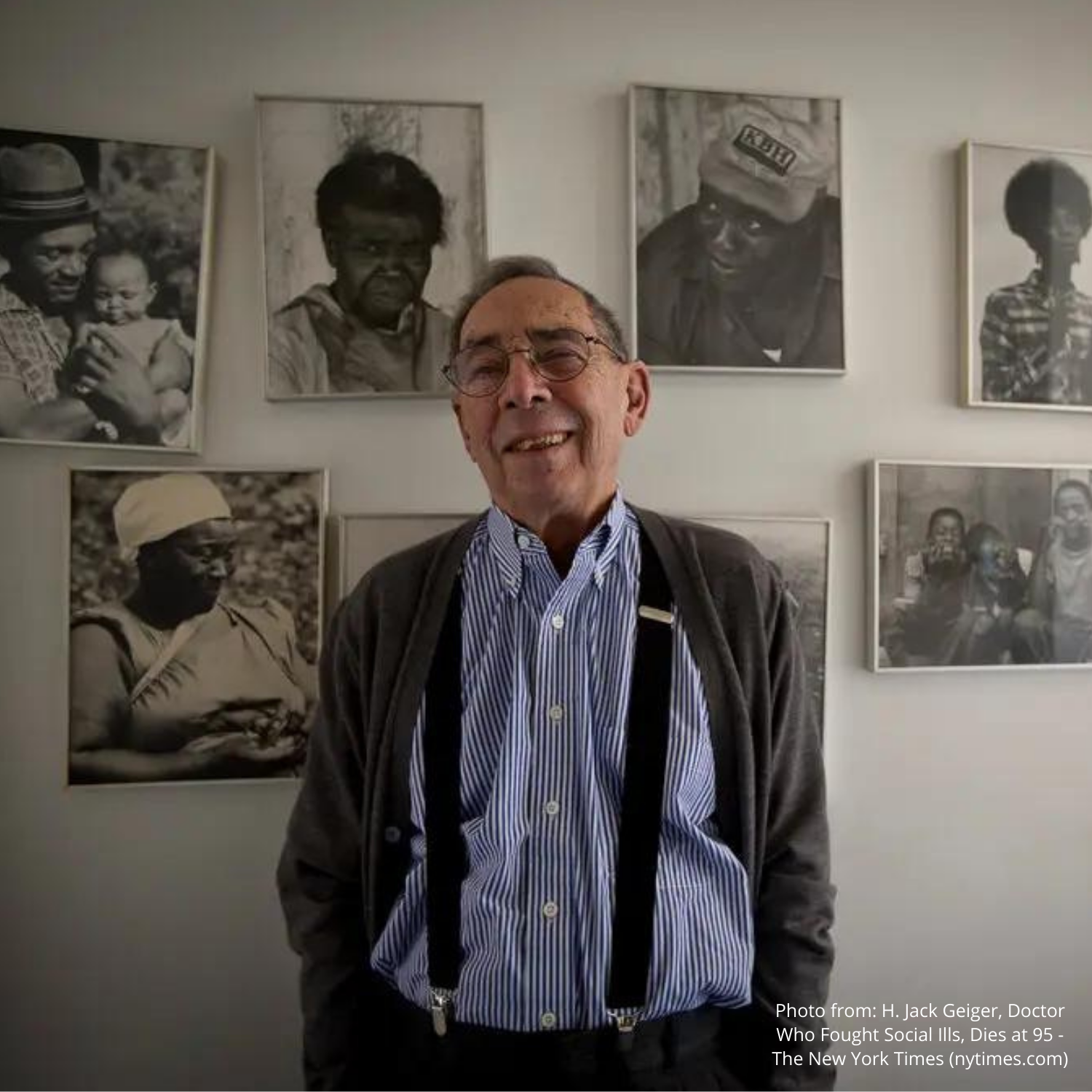 ysicians for Social Responsibility and co-authoring one of the first papers to estimate the medical toll of nuclear war. In 1964, Jack traveled to Mississippi to provide medical care to Civil Rights activists. He witnessed incredible racism and resultant poverty in the communities he visited there. People did not have access to medical care and other vital services.  It was at that point that Jack began thinking back to his experience in Pholela and the impact of community-based care. In 1965, Jack and colleagues developed the idea into two Community Health Centers- one in Boston and another in Mississippi, called Delta Health Center.

Delta Health Center was not just a doctor’s office. It included primary care services, the building of sanitary outhouses, housing, busing, Headstart programs, food, and education. Jack worked as a physician there and was known to write prescriptions for food and send the bill to the pharmacy department. Though he would often get into disagreements with Mississippi politicians, he remained undeterred, knowing the importance of nutritious food.

Jack describes activism and his work in community health centers as, “an unsteady march” - not a story of smooth progress, but rather one filled with setbacks, regression, and bursts of change. And eventually this work bloomed, with new Community Health Centers being established in cities such as Denver, Los Angeles, Chicago, New York, and of course, Baltimore!

As a Federally Qualified Health Center, Chase Brexton provides needed care, comfort, and community to thousands of people each year and as such, we recognize the legacy of activists like Jack Geiger.