HIV treatment works to stop the spread of HIV.

HOW? With treatment, regular check-ups, and 6 months of undetectable viral loads, HIV cannot be spread through sex.

WHAT DOES THIS MEAN? HIV cannot be passed through unprotected sex acts when HIV is undetectable! Yes: it's true. Studies prove it. Learn more below and join the conversation at UequalsUMaryland.org. 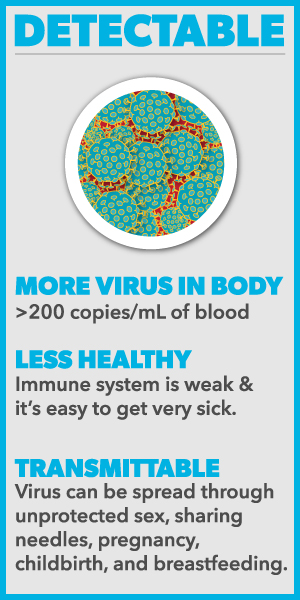 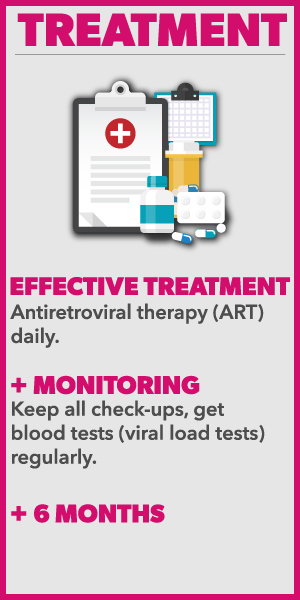 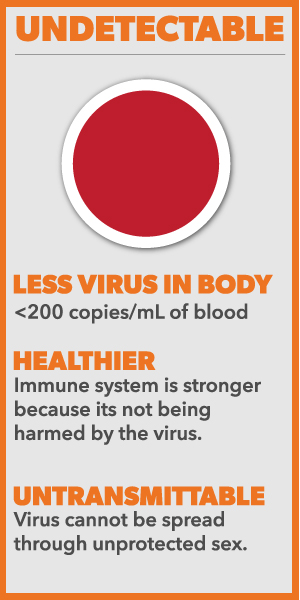 Having an undetectable viral load does not mean HIV is cured.  The virus is still in the body. If  a person with HIV stops taking HIV treatment or misses too many doses, their viral loads will increase and they will likely become detectable. They also might need a new type of medication - HIV can become resistant to drugs.

The only way a person with HIV can know if they are undetectable is to see their provider regularly for viral load tests.

Pre-exposure prophylaxis (PrEP) is another way to protect against HIV for someone without HIV.

Remember, of course, an undetectable HIV viral load doesn’t prevent transmission of other sexually transmitted infections (STIs), like chlamydia or gonorrhea. Using condoms can reduce the risk of many STIs.

GET TESTED. GET INTO TREATMENT. GET IN THE CONVERSATION.