Our Mission: To provide compassionate and integrated high quality health care that honors diversity, addresses health inequities, and advances wellness in the communities we serve. 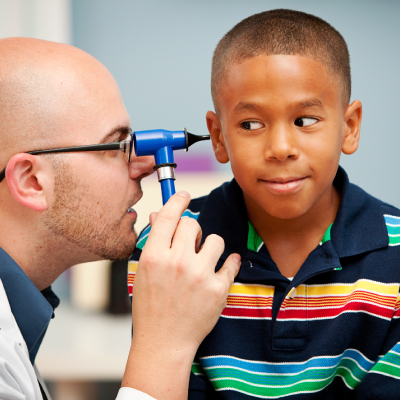 When you think about health care what comes to mind? Medical exams? Health insurance? Shots?

At Chase Brexton, we think about 'care'.  When you come to Chase Brexton for your health care, you receive more than medical attention and clinical services. You receive personalized, collaborative care and superior quality treatment focused on you.

At Chase Brexton Health Care, we believe everyone deserves great health care... because everyone’s health matters.  As a 501(c)(3) non-profit medical center, we provide a range of clinical services from primary medical care and behavioral health services to dental and pharmacy, among others, and welcome more than 40,000 patients annually. And, though we continue to grow in size, our patient-centered approach remains; we work diligently to provide personalized care to each of our patients. We believe in educating and empowering our patients to become active participants in their own care. Complete health care – that is completely about you.

Founded in Baltimore’s Mt. Vernon neighborhood in 1978, Chase Brexton began as a volunteer-run gay men’s health clinic. Our work took on a new and difficult challenge in the early1980s when we became one of the first clinics on the front lines of the fight against HIV and AIDS. After seeing the needs of the family and loved ones of those we served, we expanded our services, adding Behavioral Health and Social Work services in 1991 and finally expanding to full Primary Care services in 1995.

Chase Brexton became a Federally Qualified Health Center in 1999, the same year we opened a second center, now located in Randallstown. Two years later, Chase Brexton earned accreditation in both Ambulatory and Behavioral Health from The Joint Commission. As the decade continued, we opened centers in Columbia and Easton, and, in 2013, moved our Mt. Vernon Center to its current home in the historic Monumental Life Building on Charles Street. In 2014, we opened our Glen Burnie Center, and in 2015, we achieved recognition as a Level 3 Patient Centered Medical Home.

Though health care continues to rapidly change, we will always honor our heritage, embrace diversity, and empower our patients, while innovating for the future.

Since our founding in Baltimore’s gay community, we have remained committed to providing individualized care that respects and empowers patients of all ages, races, gender identities, religions, sexual orientations, ethnicities, and socioeconomic statuses.  Providing care that honors, affirms, and supports each patient is at the core of everything we do. Whether new to the community or new to the country, with or without insurance, gay or straight, all are welcome and will receive compassionate, quality care at Chase Brexton.

Knowing that health and wellness involve goes well beyond the physical health of the body, and seeing first-hand the wide-reaching LGBT health disparities in our communities, we founded The LGBT Health Resource Center.  The Center’s staff connects members of the LGBT community with critical services, resources, and tools, both here at Chase Brexton and across the Baltimore area, to ensure equal access and support that ensures a person's total well-being.

We are committed to being trustworthy and reliable and to authentically living our values.

Respect:  We are committed to respect each other and to value unique qualities, diverse backgrounds, and perspectives.

Compassion: We are committed to helping our patients, their families, and each other, with kindness and understanding.

Patient-Focused Care: We are committed to partnering with our patients and communities to improve their health and well-being.

Innovation: We are committed to adopting technology to remove barriers to care and continuously improve the patient and staff experience.

To be a health equity leader in our communities, recognized for excellence in patient care and a culture of teamwork that supports individuals to achieve their full potential.

Chase Brexton Health Care, an FTCA deemed entity, is also accredited as a Patient Centered Medical Home (PCMH) through the National Committee for Quality Assurance (NCQA). PCMH is an approach to providing comprehensive primary care for children, youth, and adults. The PCMH model creates a health care setting that facilitates partnerships between individual patients and their personal primary care provider (PCP), and when appropriate, the patient’s family. The guiding principles of the PCMH model include:

Chase Brexton believes this model is the strongest avenue for the care of our patients. Through this model and working together with your health care team, we believe you are able to achieve your best quality of life. To learn more about this care model, visit: www.ncqa.org.