Home > About Us > Mission Moments > A Smile Returns 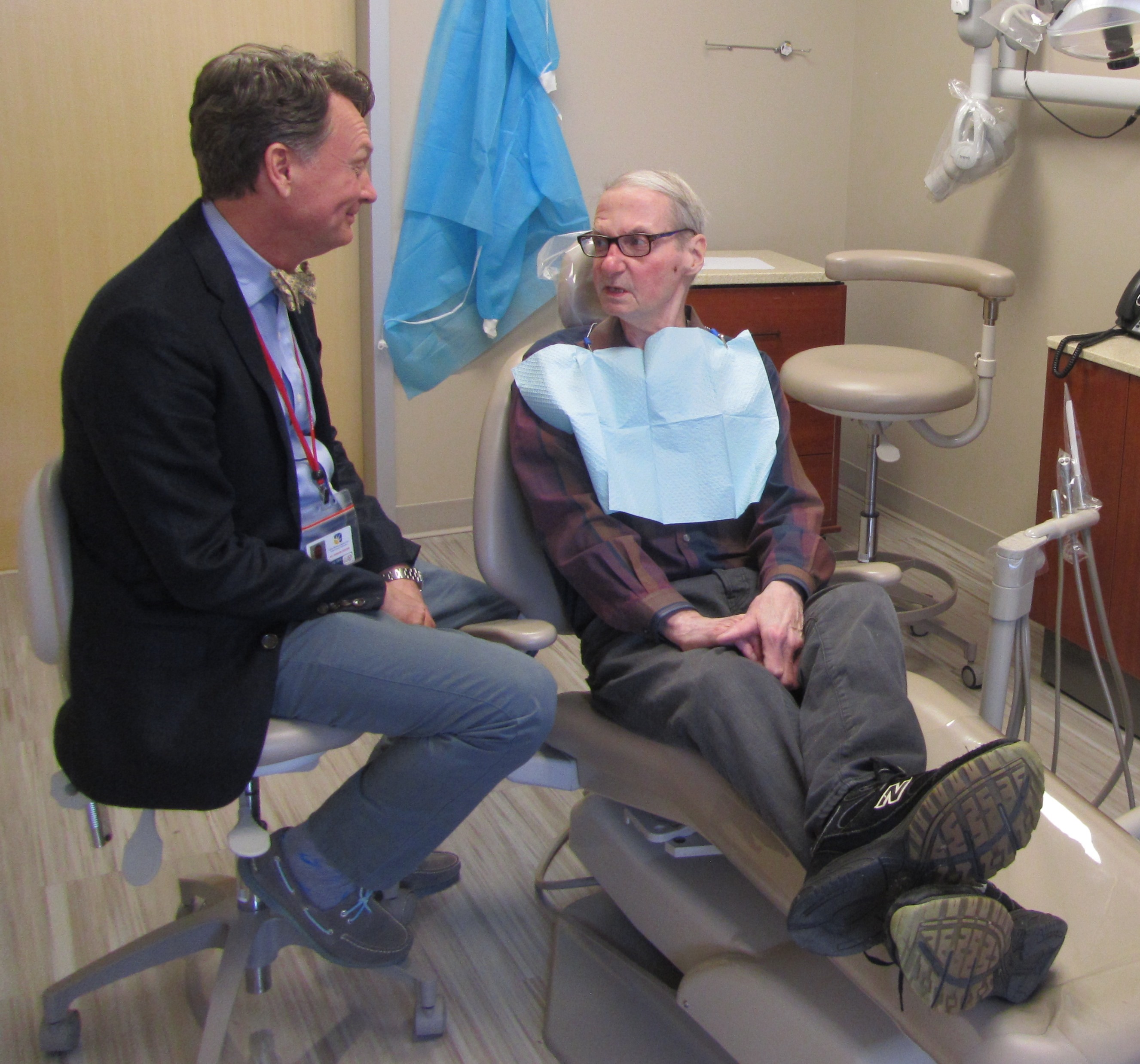 It’s the peanuts that Bob Hinterlong is looking forward to the most. And thanks to Chase Brexton’s dental services, he’ll be eating those again soon.

As he battled HIV and cancer, among other health issues over the past few years, Hinterlong’s teeth began to pay the price. Between the cancer treatments and his compromised immune system, he was less able to fight off typical tooth decay and gum diseases.

“I used to floss every day, believe it or not. Went to the dentist’s every six months. My teeth were in perfect condition,” he says. “All of my teeth fell out. The ones that didn’t fall out needed to be pulled out.”

But with the cost of his other health care needs, Hinterlong could not address his dental problems. At first, he recalls, simply finding treatment for his diseases was difficult.

“I was heading for death,” he says. “I didn’t know where to go or what to do or anything. A doctor came up to me at the hospital, said ‘I’m not telling you this, you didn’t hear this from me, but these are the people you should call.’ And he handed me a piece of paper with Chase Brexton’s number on it.”

The change in his prognosis was immediate, he says.

As his health outlook stabilized, however, Hinterlong’s teeth began affecting his quality of life. In addition to the removal of several teeth, he needed a full upper denture and a lower partial denture, according to Dr. Brooks Woodward, director of dental services at Chase Brexton.

That process ended up mired in insurance issues and difficulties with the oral surgeon to whom Hinterlong was referred, but Woodward stepped in to pave the way.

“It’s a great service that we were able to provide Bob,” says Woodward. “He would have likely had a hard time navigating the referral process on his own. He needed someone to advocate for him, who knew what he needed, and I was able to do that.”

Hinterlong says Woodward’s attentiveness to his needs extended to e-mail, and he was able to get quick answers to questions about his care.

“So I e-mail back and forth with him, and 15 minutes or an hour later, when he has a chance, I get a response,” he says. “It makes life so easy. You get the doctor’s full and complete attention without needing face time.”

Able to offer fee scales and reduced prices to patients with limited or no insurance coverage, Chase Brexton can provide dental care to those who otherwise could not receive it. And taking care of an individual’s teeth can make all the difference, boosting self-confidence and making an individual feel better about interacting with the world.

“If people don’t have teeth, it affects their whole way of life,” Woodward adds. “It changes someone’s whole social existence.”

Chase Brexton’s dental program has expanded outside our walls as well—providers visit approximately 8,000 elementary school children across 17 schools in Howard County to offer sealants, fluoride, and tooth care education. Many of the students are medically underserved, and may not have access to regular dental care.

“There’s been more than one case where we’ve given a child a toothbrush and they say it’s their first toothbrush— and they’re in the third grade,” he says. “It’s heartwarming when you do something so simple, and it means so much.”